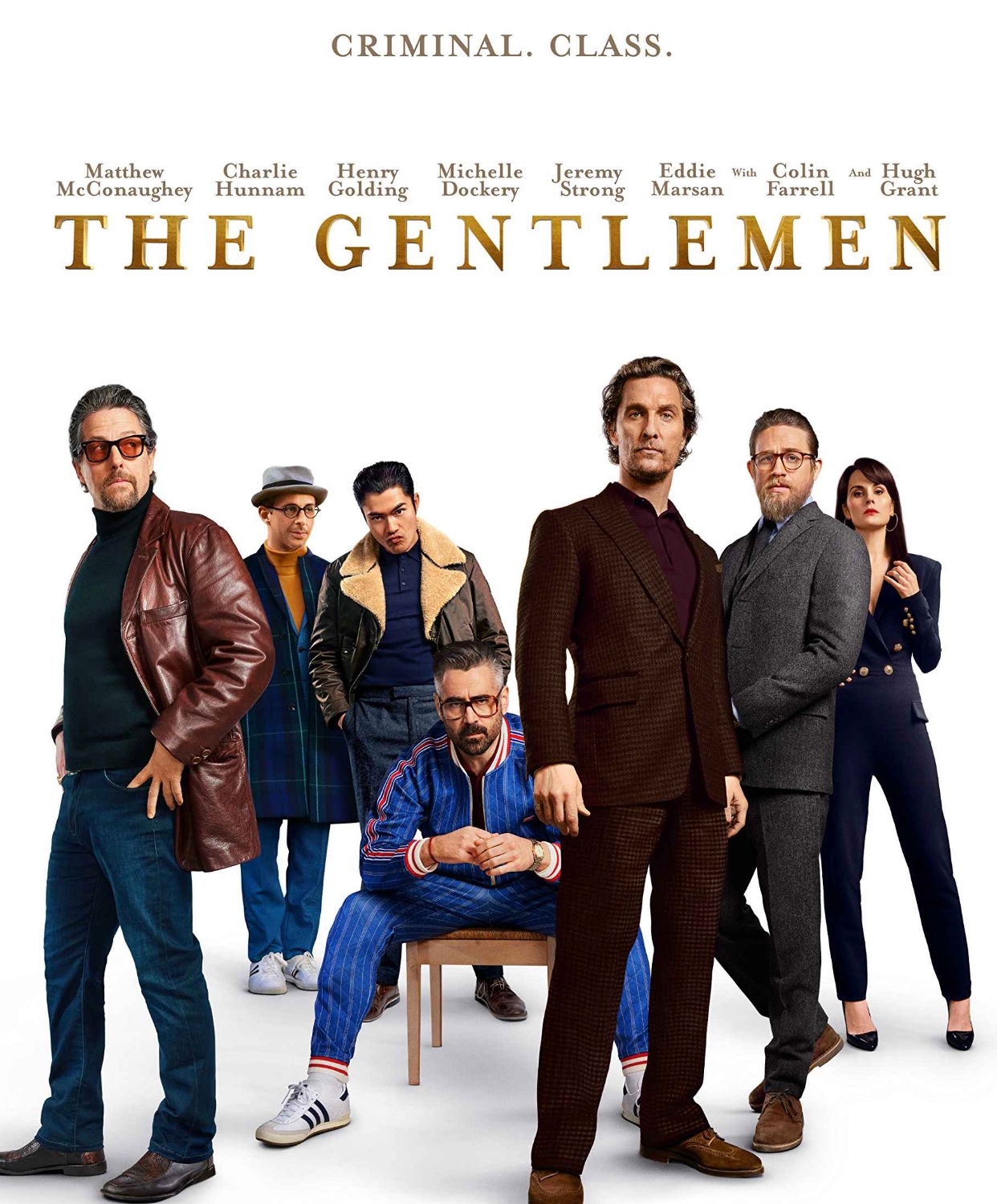 The Gentlemen, 8.3/10, is the highly humorous, multi-layered crime feature which proves that Guy Ritchie still has it. I mean it is pretty understandable to have our doubts given the lukewarm critical and financial reception to some of his recent projects, but as soon as The Gentlemen started an unmistakable feeling of nostalgia came over me. Ritchie has returned to his ‘Snatch’ and ‘Lock Stock’ roots. The astonishing cast, eccentric characters and clever non-linear narrative that holds your full attention are all factors contributing to this film’s undeniable brilliance.

King of the drug Jungle – Mickey Pearson – is looking to sell off his highly profitable empire but He attracts the unwanted interest of other dangerous characters.

Ritchie’s bold stylistic directorial vision nails this quintessentially British gangster film. However that isn’t the only redeeming factor. From a surprising performance from Hugh Grant to the dazzling Mathew McConaughey and Colin Farrel, every performance is as stand out as the next. All will have your sides splitting with laughter, yet nowhere is this film labelled as a comedy. The Gentlemen is unapologetically bolshie and if you take problem with the ‘C bomb’ then this certainly is not the film for you. If you can look past that, then get yourself to the cinema for one of the most highly entertaining films of the year. Yes, I know it’s only January, but I’m that certain of its kudos.