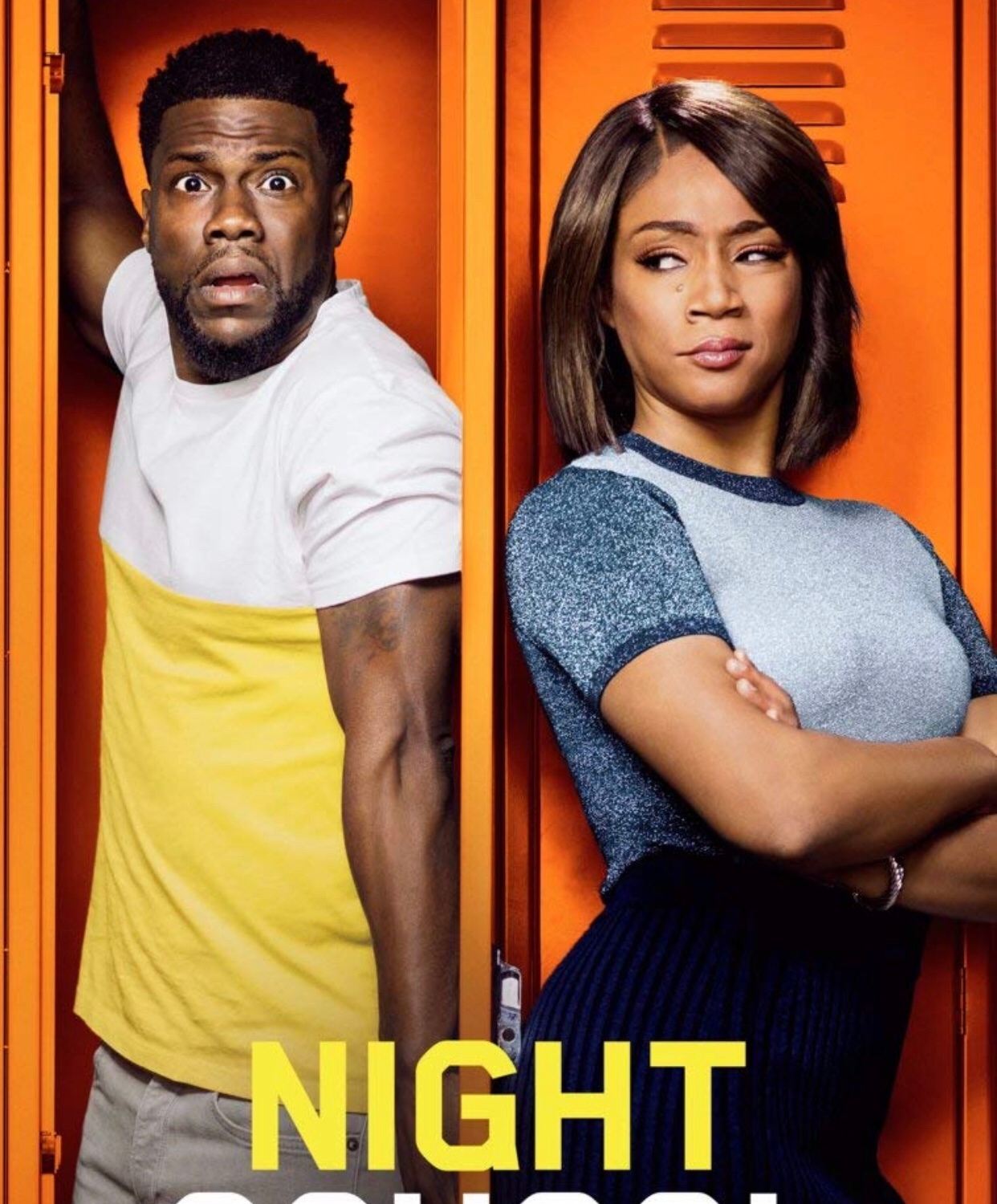 Night School, 5.6/10, is yet another Kevin Hart film where style seems to come above substance. Both on and off the big screen, Hart knows exactly how to make an audience instantly fall for his comedic persona yet Night School seems all too familiar. Sadly, in many aspects, this film was too predictable and lacked the grip factor that I would have loved to had seen and truly believe Hart could deliver. That said, I laughed constantly throughout so Hart’s choice of projects cannot reflect on the movie itself. Night School’s basic theme of an adult having to go back to school and confront their childish demons has been tried and tested before – making it a seemingly quick and easy path to success. As a result of this, Night School only really needed to nail the humour aspect in order to complete the package and with a cast as notorious as Night School, this seemed relatively simple to achieve.

Teddy Walker (played by Kevin Hart) has spent his whole life hiding behind lie upon lie – a false web he created and now, has fallen victim to. Running from a flunked education, Teddy has used his gift of being a natural salesmen over the years to progress through life and his life is exactly where he wants it to be. Teddy is set to inherit the BBQ business where he works and to top that, he has just proposed to his girl, Lisa (played by Megalyn Echikunwoke), who is a successful self-made professional in her own right. Despite the picture perfect life, Teddy is chasing his tail, attempting to keep up with the Jones’: he even purchases a extravagant ring beyond his budget in the hope of bagging his dream fiancée. However, when the BBQ business has an unexpected explosion and there is no insurance in place, Teddy finds himself unemployed and not a single qualification to his name. With his money problems mounting up and not wanting to appear vulnerable to his now-fiancée, he continues to run with his lies. Running out of options, his only bright idea is to enrol himself in night school to gain his GED behind Lisa’s back. Teddy quickly learns that there are no short cuts to gaining his qualification and his only option is to knuckle down and accept the help from his hilarious night school teacher Carrie (played by Tiffany Haddish). Education is difficult for Teddy anyway, due to his copious amount of learning difficulties, but the fact the head teacher is a former childhood ‘enemy’ makes the whole situation a billion times worse.

Hart and Haddish have an obvious onscreen comedic chemistry – one that is ridiculously funny. However, the other actors who play the rest of the class should be recognised for offering up a side-splitting performance: a factor that really contributed to the highly rated entertainment factor in this movie. The choice of humour manages to be non offensive to everyone. I feel that the overall rating would have been higher if director Malcom D. Lee hadn’t have opted for questionable cinematography and predictable narrative choices. I know that’s what you should partially come to expect, being so evident within the trailer, but wouldn’t it have been nice to have a refreshing take on the ‘safer’ choice narrative?

My conflicting opinion of this movie only means one thing: you’re going to have to go and watch Night School for yourself. You will, on one hand, be unable to resist laughing throughout and on the other, you will walk out feeling disappointed with the sense of inconsequentially that looms over what you’ve just watched.