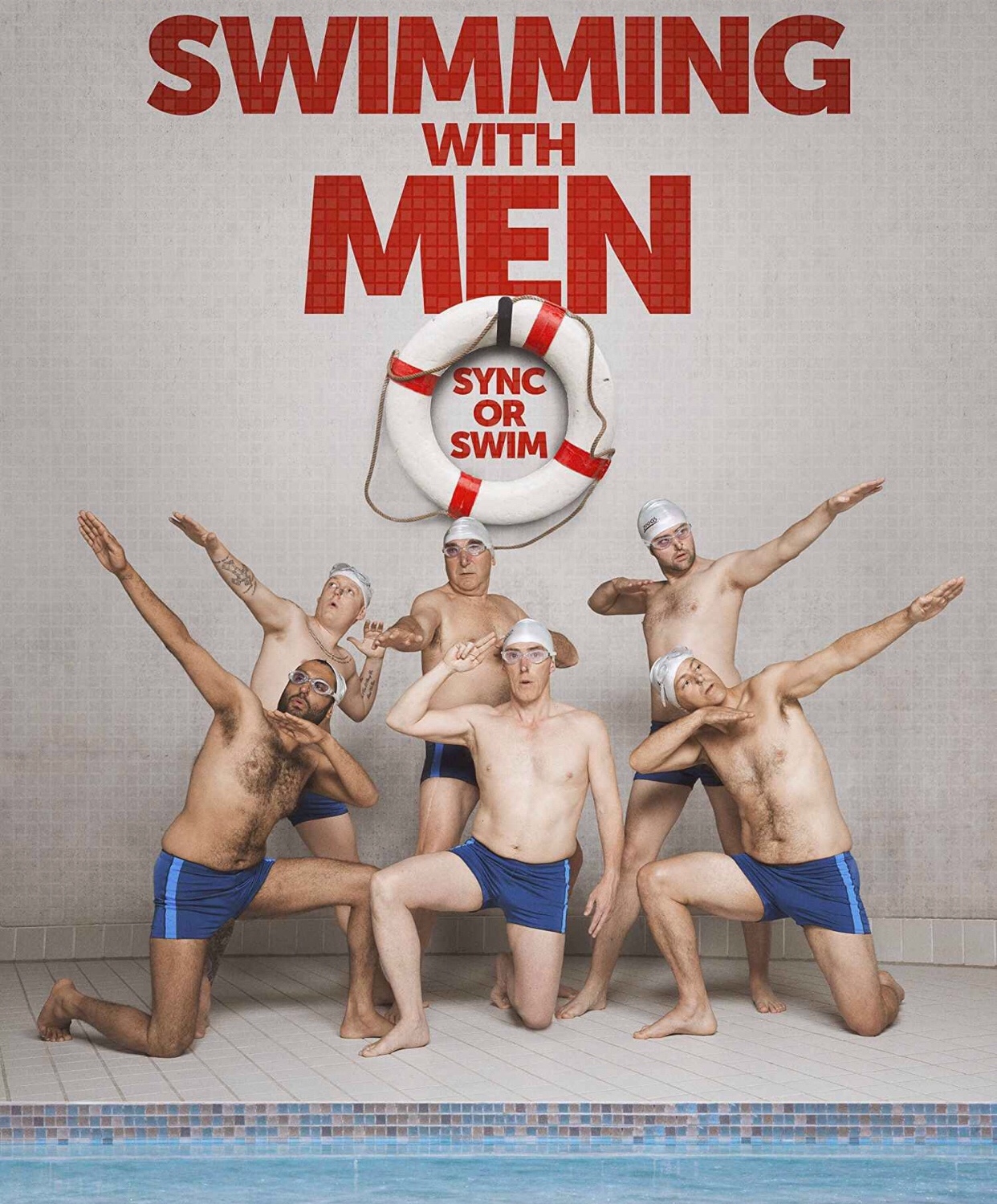 Swimming with Men, 7.1/10, is based on the true events that took place back in 2007, when a group of men decided to try their luck at the Men’s Synchronised Swimming World Championships. The film attempts to tackle a difficult but poignant subject matter that seems to be a very current topic in the UK: the crisis of masculinity. The struggle with male identity is an ongoing theme in Swimming with Men and one that all the synchronised team, in one way or another, seem to be going through. That would only be right being that they are, after all, a synchronised team. It would appear that these group of men (presented as a representation of men more generally) struggle to connect with what/who they truly are. They are far more comfortable in masking the issue rather than confronting it head on.

These issues are all too familiar for Eric Scott (played by Rob Brydon). Eric seems to be stuck in a bit of a rut. The routine of life has forced him to swim in a single lane, back and forth on repeat. Worried to step outside of his comfort zone due to the fear of letting his wife and son down, Eric has lost his sense of direction and his methodical everyday life has forced him to sink or swim. A group of men witness Eric’s situation and offer to give him the chance to swim as a part of the men’s synchronised swimming team. However, when the group meet a fellow Swedish synchro-swimmer, the crazy idea of competing in the World Championships is born and needless to say the pressure is increased. 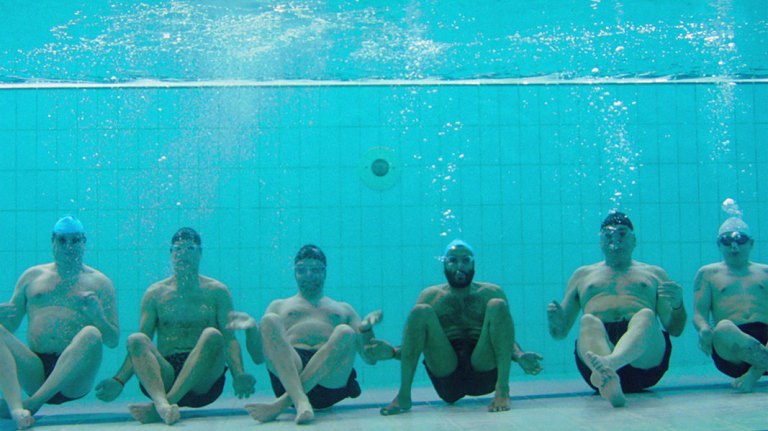 Yes, the very idea of the narrative is highly entertaining and comedic but yet it is the group of actors, who make up the synchro team, that have an abundance of talent between them. It is the diversity of the characters that make this such a hard-hitting watch. With a great script in hand, they have all brought a unique perspective by exploring what it means to be a man in society today. For example, the youngest individual Tom (played by Thomas Turgoose) connotes nature vs nurture – he is forever having run-ins with the law due to his troubled background but yet has found refuge and comfort in this unique family that are now trying to set him on the straight and narrow. Contrasting to this, the oldest of the bunch Ted (played by Jim Carter) is dealing with the loss of his late wife. All the while, the team are totally unaware what this group really means to Ted and that it is providing some much-appreciated companionship in a time of need.

I thought for a low budget UK film the cinematography is credible in its own right. The under-water shots (and there are a lot of course) have been executed brilliantly. In addition to this, the jump cuts and transitional pieces really assist the flow of the film. This film is a modern, refreshing take on the likes of The Full Monty – dealing with a serious issue which tugs on the heartstrings of the audience whilst putting a smile on their faces. It is frustrating that smaller films like this never get the show times they deserve. It was just by luck that this came back to my local cinema on a one-off Silver Screen viewing otherwise it would have, more than likely, gone under my radar. Be sure to check this out once it is released to DVD/streaming platforms.