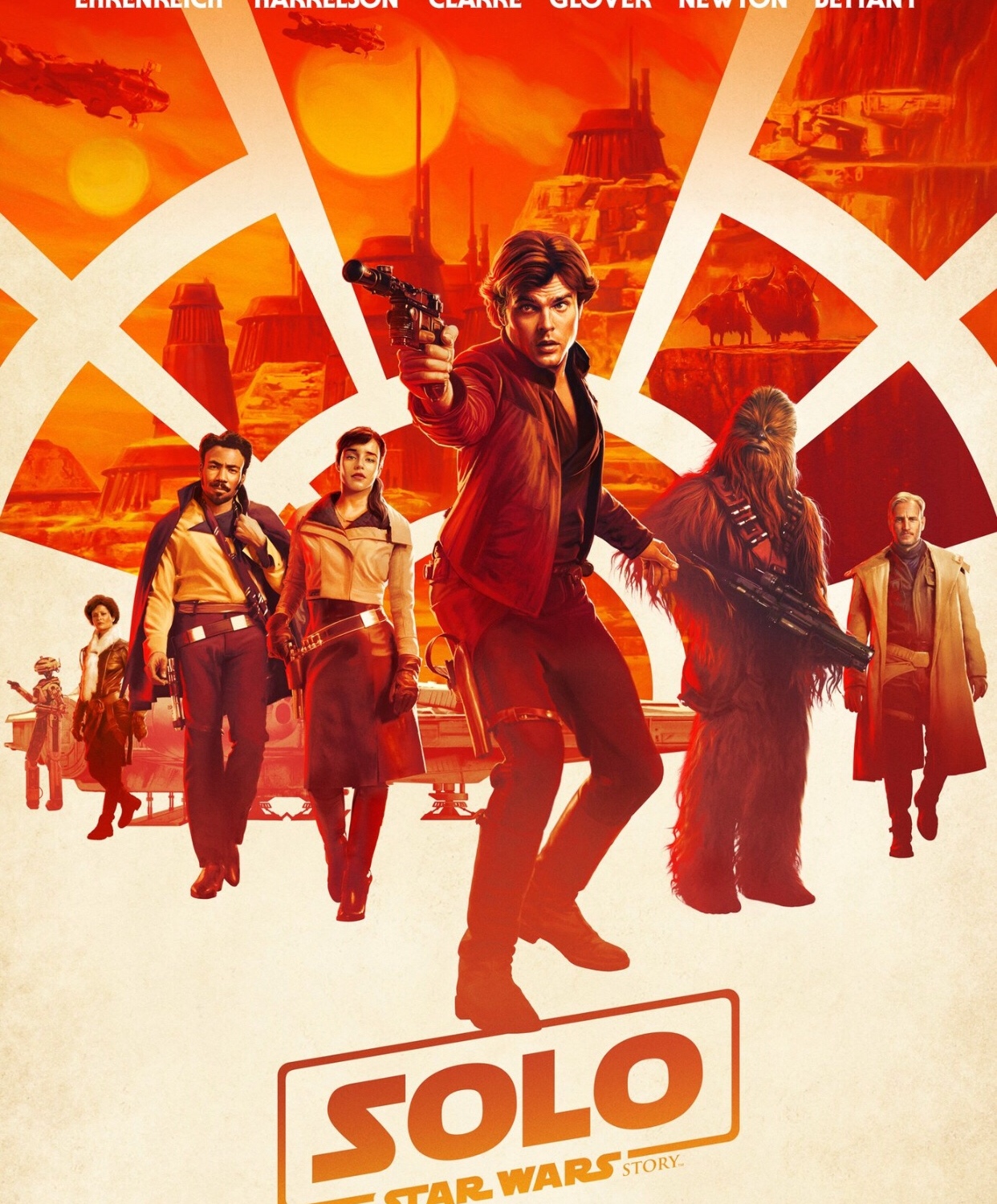 Solo: A Star Wars Story, 6.4/10. Disney has delivered an origin story about one of the most loved characters in the original episodes: Han Solo. The premise to this anthology: Han (played by Alden Ehrenreich) manages to escape the troubling Corellia to pursue his dream of becoming the best pilot in the galaxy. The price to pay for this get away: leaving his love interest Qi’ra (played by Emilia Clarke) behind. Han promises to return to his sweetheart once he’s got the ship to do so, but how will he get this ship? By joining a heist being run by Bennet (played by Woody Harrelson) and his crew. The job at hand: to steal and sell the much desired hyper fuel.

Now would an origin story of Han Solo be complete without introducing us to how him and his co-pilot Chewbacca (played by Joonas Suotamo) meet? Seeing their relationship blossom through witty dialogue, intense action and lots of adventure makes for great character chemistry.

Admittedly, Star Wars isn’t a franchise I follow religiously however I think this plays in my favour for this movie. Most of the reviews I’ve read are from angry die-hard fans that feel like Disney are exploiting the franchise. That said, if you go into this movie fully accepting that it is a blockbuster sci-fi movie that you can passively watch, I think you’ll find it makes for enjoyable viewing. To make the film coherent to the franchise, Han must meet certain characters, fall in love with a certain spaceship and adhere to a set of certain narratives but the additional scenes are what make this a brilliant addition to nine other Star Wars movies. Make sure you check out the latest from a galaxy far far away.